Babys and Saints...but not in that order. 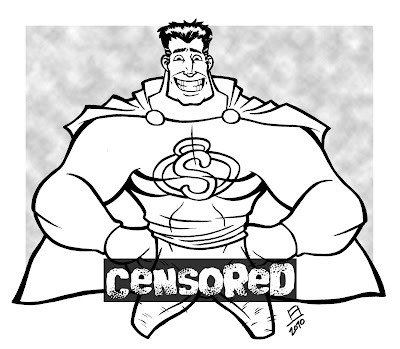 So it's a Wednesday. How ya doin'? I'm doin' good. Went to Wal-Mart today. Picked up the "travel system" for the baby-to-be. Crazy business this baby stuff. I remember when a stroller was just a stroller, but now, because we can remove the seat and put it in the car, it's a "system" of some kind. Whenever I hear the word "system" I think of large complicated things that work together toward some ultimate goal. I suppose the baby "travel system" works to keep the baby safe no matter the mode of transportation, but the word "system" seems like an embellishment.

The wife says: "Hey, I did the research. This one won't cut the baby's fingers off on accident."

I can always trust my wife to put things into perspective, as I was unaware that there were other "systems" randomly amputating the digits of newborns across this crazy globe. I would hate myself if I bought a "travel system" for cheap, only to have it be some monstrous contraption that fed on baby fingers. That would put me in the "Not a Good Dad" category, and I definitely don't want to be there. At least, not yet. I gotta let the baby give me a reason first. That's only fair.

Oh, and hey, I drew something for the blog today. Well, I didn't actually "draw" it today. I drew it a couple weeks ago, I just never got around to scanning it. Well, consider it scanned. It's of a dude called The Saint, and he's the ultimate good guy of a little off-color comic book called "The Pro." If you haven't read "The Pro" you're really doing yourself a disservice. It's a great book, full of inappropriate material. Really...go pick it up and read it to your kids. I've already read it to my unborn baby...thrice!

Well, gotta go. Gonna pull the "travel system" out of the box and see just how damned complicated it's going to be to put together. Any extra parts I'll sell on craigslist.
Posted by Junior Bruce at 4:01 PM